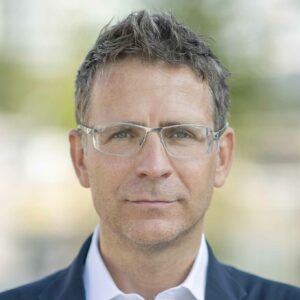 Dr. Florian Novak is an award winning, accomplished serial media entrepreneur with a mission to move media into the 21st century.

Florian co-founded Radio Energy Vienna in 1997 and later built the Austria-wide radio station network LoungeFM. With his award winning start-up Tonio, a global standard “the QR code via audio”, he has an extensive track record of managing the transition from old to new media and new business development. Florian has worked with clients around the world, including WarnerMedia and Red Bull Mediahouse.

Early experiences in journalism grounded his believe in the importance of independent, trustworthy journalism. The value of freedom of speech and public value media were the focus of his PhD at the University of Vienna, School of Law.

He is a sought after thoughtleader and speaker (Medientage Munich, Radio Days Europe, SelectUSA). He has a passion for new ideas and innovations and is founder of TEDxLinz.

He lives between Vienna and New York City.